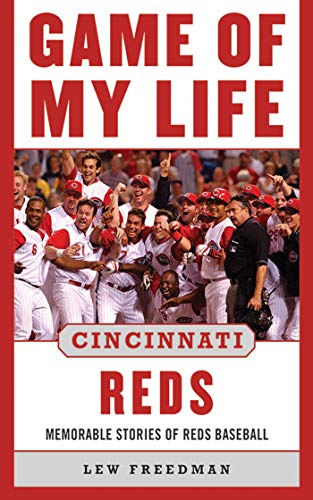 In this compilation of stories from members of the Cincinnati Reds, baseball’s first professional team, Lew Freedman takes readers through decades of Reds baseball. In these firsthand accounts, players detail the most memorable games of their Reds careers.

From the Cincinnati Reds’ inception, the team has been creating lasting memories for its devoted fans. Since the days of the Red Stockings, Cincinnati has featured Hall of Famers, such as Tony Pérez and Frank Robinson, both of whom are included in this book. Most recently, Barry Larkin, a member of the 1990 championship team, was inducted as part of the Class of 2012, and Freedman highlights Larkin’s memories of his Hall of Fame induction.

From Joe Morgan and the Big Red Machine days of the 1970s, to Tom Browning’s heroics in the late ’80s, and Joey Votto and Bronson Arroyo’s recent brilliance, readers can relive many of the most exciting games in Reds history with some of the Reds’ most beloved players. This is a must-have for any fans of the Cincinnati ball club, past and present.
Libros Relacionados